It was at a Columbia College faulty talent show, in May of 1978, when Louis and Paula met. Louis was to perform a theater or dance number of some kind at the show and Paula was coerced by friends to attend. The first time they crossed paths, Louis stood next to the refreshment table having a conversation with a man. Paula stood next to them immersed in her own thoughts, staring at the ground. When suddenly something caught her attention, her gaze resting on Louis’s feet. Nearly gasping out loud, she noticed that Louis was wearing socks with sandals.  Being from New York, to her, the sight was apauling.  She thought to herself, “oh, how horrible.  No New Yorker would ever do that,” and walked away in amusement. The show then began and she took a seat to watch.  Turning toward the stage, her eyes rested on the sandal and sock wearer, Louis, who was performing.  My mother would later tell me this part of the story as she tucked me in to bed at night- a child-like expression of giddiness and excitement on her face.  “ Ana, I swear I saw a beam of light shining down on him. I was completely struck by his presence.” She decided she would have to introduce herself to him. Paula felt she knew him from somewhere; that possibly they had met before. Bob Dubiel, a friend and past life-regressinionsit would later tell her that they did know one another, not in this lifetime, but had spent many past lives in each other’s company. After leaving the stage Louis made his way to the back of the room.  He stood near the refreshment tables, eating a yogurt he had brought with him from home.  Paula watched, as one after another, a procession of women approached Louis.  “I’ll wait until he’s alone,” she thought. Finding her chance, Paula made her way over to him.  Standing next to him, she turned and said, “ are you a nice Jewish boy from the Bronx?”  And in the nonchalant manner my father is know for, without looking up from his yogurt he replied, “no, I’m a nice Jewish boy from Brooklyn.” Paula then commenced with her interrogation.  The tactic she used, one I remember her telling me of as a child, was her “20 questions social assessment”.  By asking these questions she found out he was not married, practiced yoga and was a vegetarian, among other things. He never looked up at her when he answered.  He continued to eat his yogurt, nodding and occasionally responding to her with the “mhum, mhum, mhum, “ sound he makes when he is listening to someone speak. After she ran out of questions to ask, silence lingered between them for almost five minutes.  Feeling discouraged, at one point she thought to herself, “maybe I should just walk away.”  But, when she tried to, it felt as if the soles of her shoes were glued to the floor.  Her body frozen, she stared down at her feet, thinking, “what the hell is going on?”  Maybe there was a higher power at work here- something was keeping her- telling her she shouldn’t walk away from this man. “If he could just ask me for a date,” she thought, “then I could go sit down.”  She turned her head toward him watching as he stood in silence- eyes fixed on the stage- still eating his yogurt. Finally, there was a break in the show.  Turning only his head toward her, he said in a docile manner, “would you like to have dinner with me sometime?”  She looked at him and smiled, “ Finally now I can go sit down!”  They exchanged numbers and went on their separate ways. Not long after they met, they had their first date at Salvatore’s Italian restaurant in Lincoln Park. Louis wined and dined Paula- they ate and they laughed and they began to fall in love. He proposed to her one month later, kneeling down in front of her as she sat on a bench in the park near the zoo, overlooking the lagoon. It was May of 1978 when they found each other and in November of 1979 they were married.  My father being a Jew and my mother a Roman Catholic, no priest or rabbi would agree to marry them.  So on a November day, in their apartment, surrounded by a small group of their closest friends, they were married by a Buddhist Monk.  The rest is history.
Love is always patient and kind
It is never jealous
Love is never boastful or conceited
It is never rude or selfish
It does not take offense
Love takes no pleasure in other people’s sins,
But delights in the truth
Love is always ready to excuse, to trust, to hope
And to endure whatever comes
Email ThisBlogThis!Share to TwitterShare to FacebookShare to Pinterest

the eye catcher: the homepage says it all..."painfully hip. fashion forward finds for the weak of wallets"

the breakdown: i stumbled upon it midway through my morning cup of green tea. i only had time to get a glimpse at a few pages of the site. but, from what i saw, it looks like a great place to get some daily swag and steez inspiration. the best part about the the site is the featured "thrift star of the day" look. not only

in their own words: "the painfully hip design collective was started by amber mortensen in january of 2009. after dipping her toe in her dream career as a photoshoot stylist for a winter article she wrote for the sacramento’s esteemed weekly, the news & review, she decided to fatten up her stylist portfolio in her own way. she brought all her talented friends in the fashion industry together to collaborate on professional fashion editorials to make beautiful pictures to add a splash of style to their portfolios, give everyone a bit of online exposure via her popular thrift fashion blog, painfullyhip.com to share with her beloved blog readers. as well, most of the clothing and accessories in the photos can be found for sale on the participating boutiques’ websites, on the collective’s etsy store or for auction on the new (and amazing) market publique!" 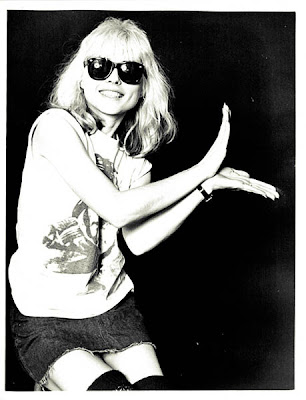 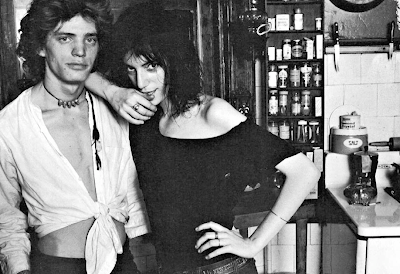 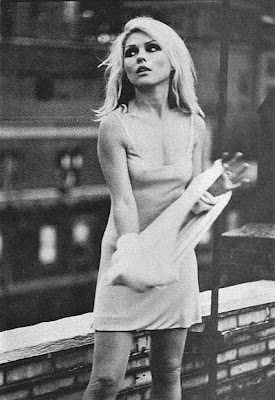 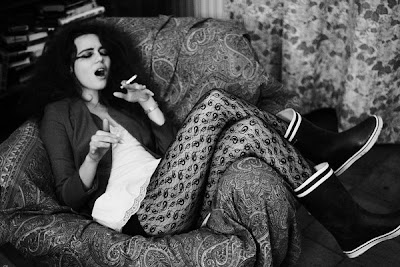 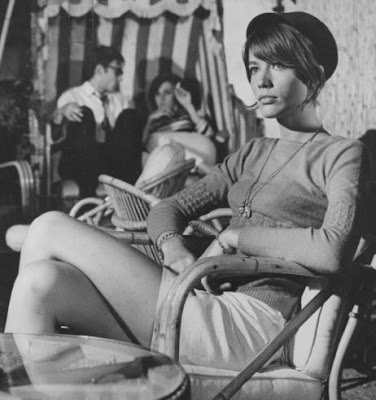 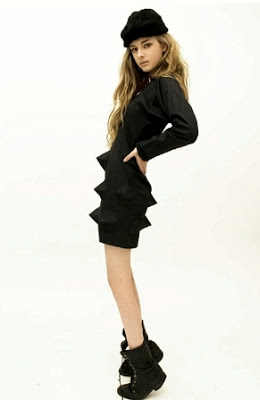 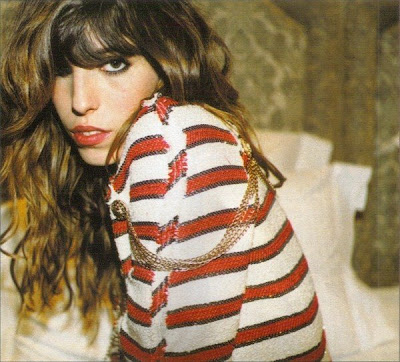 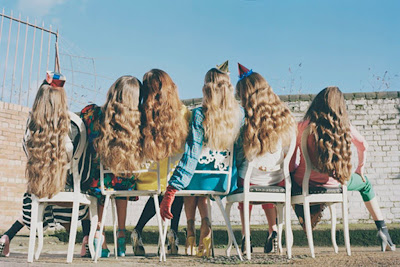 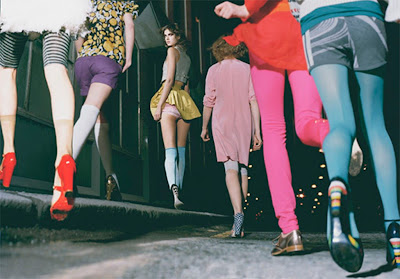 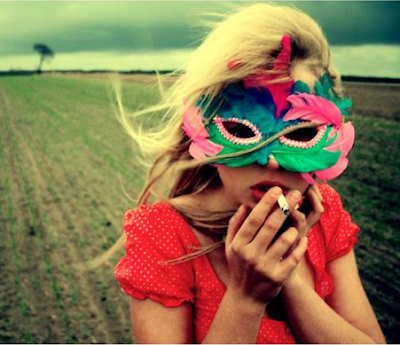 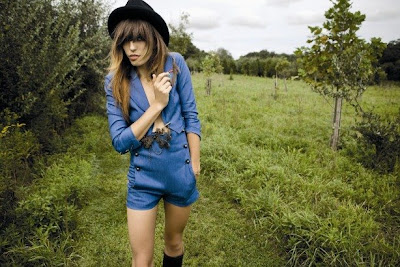 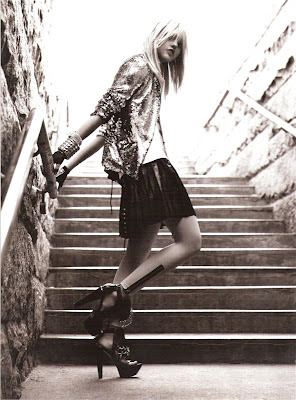 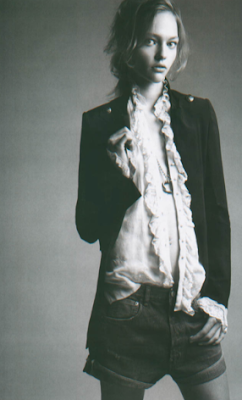 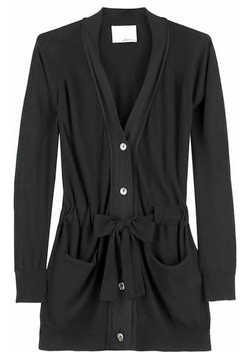 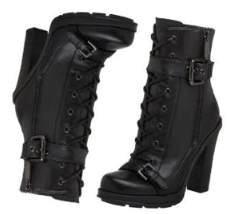 the bird and the bee.

...how quickly you can forget, the bed in which you once slept.

when these words came to mind and formed a rhyme...i thought of matt. maybe i miss him more then i thought i would. it wasn't love, but it was something. he's gone now. and i'm still here...sleeping in a bed made for two. oooo oooo oooo. baby i'm blue.

Are you an amateur, or is it your unkind?
To torture all the other girls, you keep me by your side.

Are you unsatisfied? You cant make up your mind.
When you can take me by the hands and I will close my eyes.

I would be so winning, so absolutely winning.
A guarantee in melody, a promise in the sky

- The Bird And The Bee "Fucking Boyfriend"