I'd be lying if I were to say that I found COFRESI (aka BEN COFRESI) by perusing my usual set of preferred blogs, Soundcloud, or Hypem. COFRESI is my brother. But, to say that I am partial to his music because of our familial bond, would be wrong.

I'm a FUCKING SNOB when it comes to bass music. AndI have an extremely low tolerance for much of the sub-par crap that many a DJ seems to be producing, mixing, and remixing on the reg these days. I want to hear music that MOVES me...and I don't mean that in just the literal form...I mean it in the emotional AND physical sense as well. I want to FEEL it...from the top of my head, to the tips of my toes. I want the kind of bass that thumps along with the beating of my own heart. I want bass that propels me to another time and place...outer space.

Over the last year or so, I unfortunately grew more and more disillusioned by the electronic music scene that I once lived for and loved so deeply. I grew so disillusioned, that I went as far as to abandon the music blog that I literally once nurtured and cared for as if it were my own baby. And now, almost a year and a half later, I am finally rediscovering my love for QUALITY electronic music...and, in the process, feel myself being pulled back into the world of the written word. My overabundance of thoughts, and feelings, and emotions, feel like they're literally pouring on to the page.

Well...if I were you, right now, I'd want to knpw what specifically reinvigorated and evoked this passion in me. And the answer is, my brother and his music. COFRESI is the breath of fresh air that the Chicago electronic music scene is, in my opinion, is so greatly in need of.

HE MAKES HIS MUSIC FROM SCRATCH. At times he samples everything from vocals, to excerpts from movies, and soundscapes, and then builds customized layers of percussion, bass textures, glitch edits, synths, sound effects, one on top of the other. Melding together electronic tracks of his own creation, as well as mixes and edits of tracks produced by well-known electronic acts, and at times playing over the tracks on drums, COFRESI aims to provide audiences with a truly unique live music experience.


In reference to his debut EP, COFRESI shared the following with me...


"Over the last 5 months, I've spent a few hours every day learning as much as I can about digital production and sound design. In the last 2.5 of those months, I created 8 tracks that express my take on digital music. Thanks to Ableton, years of piano lessons and drumming, all the artists I've ever been inspired by, and, of course, the support of my family, friends and fellow musicians, I've been able to develop a project that, in my opinion, is the most creative and professional collection of music that I've ever made." 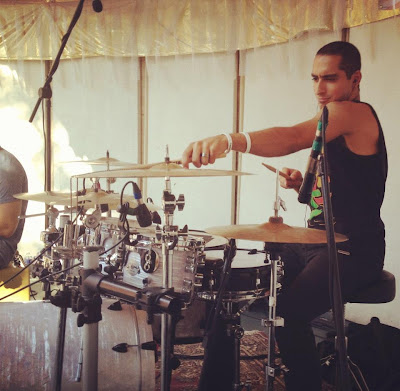 COFRESI began his career in music as a piano player, but his love for the keys soon took a back seat to the loud and exciting beat of the drums. The following video will give you a peek into the world of Ben Cofresi, the drummer...

FLY PHOENIX. Hailing from Chicago IL, and is a diverse and multicultural alternative soul band with a fresh sound and a captivating live performance. With 6 members all from varying backgrounds of funk, soul, rock, hiphop, jazz and fusion, they combine their styles to create the modern yet tasteful sound that is FLY PHOENIX. Whether in the studio or on the road, FLY PHOENIX is all about spreading positivity through their music. Their live shows are a true showcase of their power and individuality among the sea of musical artists that exist today. (Excerpted from Fly Phoenix's Facebook page.)

Ben was a member of FLY PHOENIX for almost 5 years. Although he recently left the band to pursue other musical ventures, as well as his solo project, the performance experience he gained while he was in the group, was, and continues to be, of great value to him. Watch him wail on the drums, with FLY PHOENIX, below...


PROBCAUSE. Back in 2011, PROBCAUSE asked Ben to join his live band, along with DJ APPEL, as well a few other Chicago-based musicians, the group played everywhere from THE CANOPY CLUB in Champaign, IL, to NORTH COAST MUSIC FESTIVAL 2012. Watch them perform live at NCMF 2012 below...


The group even won a spot to play FILTER MAG'S CULTURE COLLIDE fest in L.A. this past year through a contest sponsored by RED BULL SOUNDSTAGE. 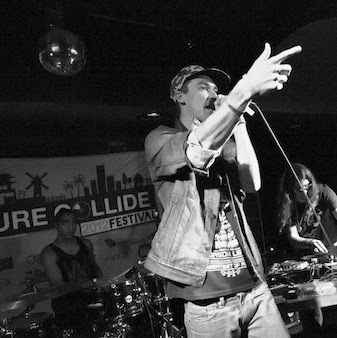 
DJ APPEL & SUBTEK.  Long-time progressive house DJ, who has played a plethora of venues over the years and continues to churn out smooth bass-heavy grooves on a regular and ongoing basis. If you haven't heard of him, or his music, I suggest you check him out. His website is packed with free downloads that are definitely worth a listen.

APPEL has played a signifigant role in COFRESI's progression from drum beater to beat maker. In 2012, COFRESI and DJ APPEL kicked off a live DJ and drummer side-project, which they named SUBTEK. Below, you can check out a few vids of SUBTEK playing live at various venues around the Chicago area...


Although their SUBTEK side-project has been temporarily put on hold, due to APPEL and COFRESI needing to devote the majority of their time to their exploration and creation of music as solo artists, the boys will be back in the studio and performing live in the months that follow...so keep an eye out! Regardless, the dynamic duo meets on a regular basis to compose, run ideas past each other, and most importantly get their jam on.

After giving COFRESI's final edits of the tracks a listen, APPEL had the following to say...

"COFRESI brings a fresh take on the breakbeat formula. His sounds are vast and unique. COFRESI is a young producer who has a growing pedagogy with electronic music. His first EP shows how an accomplished percussionist can us electronic tools and create a unique and sure to be expanding sound that the breakbeat community will be quick to embrace."

ALEX KATZ. Friend of COFRESI and member of well-known Chicago band, KATZ COMPANY, expressed his feelings to me regarding Ben's recent track release...


"The debut release from COFRESI is one of the most exciting electronic projects that I've heard in quite awhile. With a blend of hard hitting drums, ethereal synths, and melodies that are near impossible to get out of your head, this is definitely an artist to look out for in the near future."

THE CALI CONNECTION. BEN and I travel somewhat regularly to Cali. Over the years, he has made a few interesting and valuable connections with people in the entertainment/music world. One of the most signifigant, being the connection he made two years ago in L.A. with Chicago native, Ian Sansavera, who makes up half of the L.A. based party boy duo  THEM LOST BOYS. Ben was presented with ther opportunity to visit them and jam in their Santa Monica baseed studio. It was this experience that led COFRESI  to the realization that electronic music was the future...and that he needed to find a way to intertwine his vast music knowledge, along with his passion for live drumming and electronic music.

Once inside their studio, the bass started bumpin...and, of course, COFRESI jumped right on the drums and settles into a groove. Watch him get busy over the electro sounds of THEM LOST BOYS...


More recently, while on a trip in Cali last month, COFRESI befriended talented, up-and-coming, music producer Cub³d, who had the following words to say about COFRESI's debut EP...

"COFRESI is one of the best new and upcoming producers I've encountered in years hands down. It's tough to top his authentic style and killer beats! I won't expect anything less than him taking his music straight to the top."


Last, but not least, also while in Cali last month, BEN and I were introduced to pro-skater, guitar wailing metal enthusiasist, and most recently bass-heavy music making, jack-of-all-trades, ELLIOT SLOAN. The duo swapped electronic production techniques, tips, and tricks of the trade...only taking short breaks to chow down on BBQ, sip ROCKSTAR energy drinks, and daydream about the partially constructed ramp that would eventually be built to stratch across the acre of land ELLIOT refers ton as his backyard. 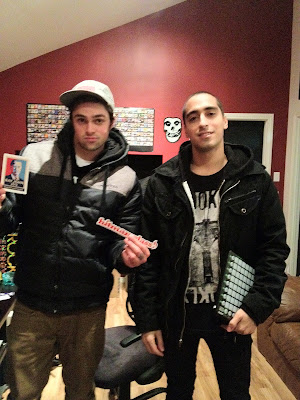 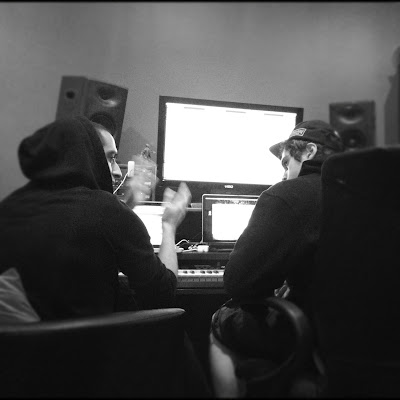 "...my first electronic EP consists of 8 diverse tracks that showcase what I like and what I've learned collectively," said COFRESI.

And although I love them all, below you will find my TOP 4 favorite tracks off the EP. You can stream them here, or click on the following link that will lead you to his SOUNDCLOUD page, which has even more of his music for your listening pleasure...


AARON GI. The founder and CEO of RAY JOHN, also previewed the EP last night and said, "It's really dope! The Ledd Zeppelin remix is def my favorite."

"I honestly liked them all; as in, I would actually listen to more of his music. I'm not the biggest fan of Dubstep, but he uses it the right way. Love the Electro. Like I said great blend in genres. Got style.

Overall, the music has a lot of feeling to it. It's not over produced. It's not underproduced. Everything is panned out real well. Superb transitioning. Great sounds. I'm impressed."

KEN PECHO. Co-Founder of SOUNDPRISM PRODUCTIONS, KEN PECHO, who is also an extremely talented musician, and another member of local Chicago jam band, DIGEOMETRIC had the following to say after previewing COFRESI's tracks on Soundcloud,  ...

"I must say I am taken back and impressed by what I heard. He’s got kind of a Glitch/Bass style going on. You def get a feel for COFRESI's sound, and where he’s going in his musical conquest while listening to his songs. He's on the right track...and his mixing/producing skills are on point.

COFRESI uses a certain touch of vocal sampling that gives a listener the feel of some ancient  tribal chant...reminiscent of something you would hear in one of Shpongle’s more hypnotic songs.

The vocal sampling mixes perfect with the beat and almost becomes the drive behind the song. COFRESI’s use of bass is tasteful, he stays away from the terrible repetitive synthetic noise which we have come to know as Dubstep, and pushes more in the direction of Up-tempo, high energy electronic dance music with a pinch of glitch and a dash of bass.

Bottom line, I would say - WATCH OUT MUSIC SCENE - COFRESI is going to make quite a name for himself.


As for what COFRESI believes the future holds for him musicially, he expressed his thoughts to me during a late-night sesh, as we sat together to discuss this blog post and go over his final edits of the tracks...

"This is just the beginning. The fact that I was able to learn and produce so much, in such a short amount of time...and have a strong desire to create and perform as much as I possibly can in the future... means a lot to me. I'm looking forward to creating more and developing as much as I can in this realm...considering I'll be able to produce longer than my body will be able to drum." 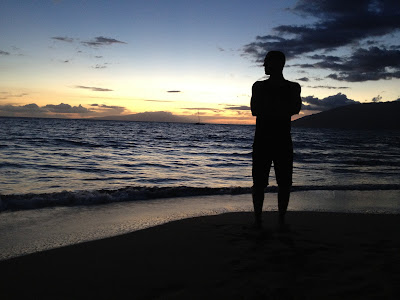 
** FOR BOOKING, PRESS, AND ALL OTHER INQUIRIES CONTACT MAMA ANA **