LISTEN UP :: Homeboys in Outerspace Episode 2. 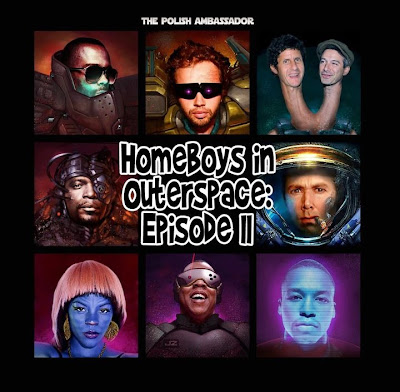 
"Have you ever wondered what the smooth crooning of Phil Collins might sound like layered into a glitched-up remix of the Beastie Boy's Sure Shot? Or thought that a Jay-Z track might sound even better funked-out and electro-freaked with the glittered vocal stylings of French reggae artist Jehro? Or wished that more of your favorite hip-hop classics sounded just a little more. . . you know. . .POLISH?

Listen...the dude is from outer space AND the future AND Oakland!

It is best not to think about it, or ask too many questions. Just be sure to stand up and get your chair out of the way before you press play on these joints, because your body is about to go spastic."

The Beastie Boys :: SURE SHOT

Jay-Z :: DIRT OF YOUR SHOULDER


Stream two of my favorite tracks from Homeboys in Outerspace: Episode 2...


If you like what you hear, and want more of TPA's music, below you can stream Homeboys in Outerspace: Episode 1...and also be sure to pay a visit to The Polish Ambassador's Soundcloud, Facebook page, and official website. 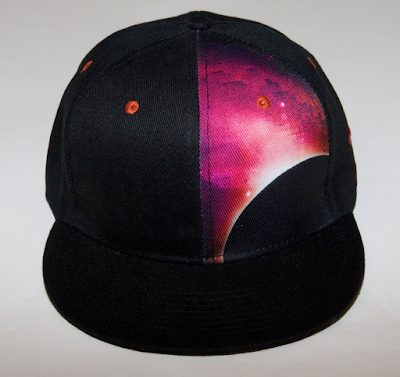 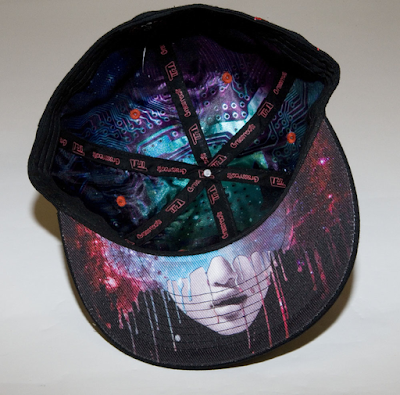 To commemorate the drop of The Polish Ambassador's latest album, Grassroots California has released an exclusive TPA Homeboys in Outerspace: Episode 2 lid (pictured below).
If you like what you see, you can cop that ultra steezy, intergalactic lid here. In addition to the Homeboys in Outerspace: Episode 2 hat, GRC has quite a plethora of TPA swag available for purchase from their online store. Take a peek at all of the merch here.

If you call Colorado home, GRC has opened the doors of their flagship store for business; which is located in downtown Denver at 2209 Larimer St. The grand opening is set for 4/20 y'all...and I CANNOT WAIT to see it with my own eyes.

For those of us who aren't living the Mile High life, and reside in Chicago, or neighboring areas, and would like to get an up close and personal look at the largest stock of GRC lids available for immediate purchase, you MUST cruise over to the MADE store, located in Chicago's historic Pilsen neighborhood. In addition, my man Luther and I, vend at some of the smaller summer music festivals around the Midwest. Be sure to come find us...we'll be kickin it and slangin ish behind the booth all summer!

Not to namedrop or anything, but I have to show some love real quick... I'm not only a fan, supporter, collector, and occasional vendor of GRC...I'm also a friend and supporter of Ryan (aka Ruga), the founder and mind behind the Grassroots movement, and all the homies, like Rob, Graham, Bowe, Kay, the MInds Matter boys, and so many more, who, together and along with many others, help keep the GRC machine oiled up and running smoothly. In my opinion, Grassroots California, is all about creative, business-minded, good-hearted people coming together to create, inspire, listen, share, inform, aid, and rage.


How do I know this? Because I've spent a good deal of time with them behind booths slangin' steez, gettin' rowdy at shows, AND laying low in our friends' homes. Why am I telling you? Because I want my readers to understand why I hype the company so hard and why I want to see it, and the "movement", grow. 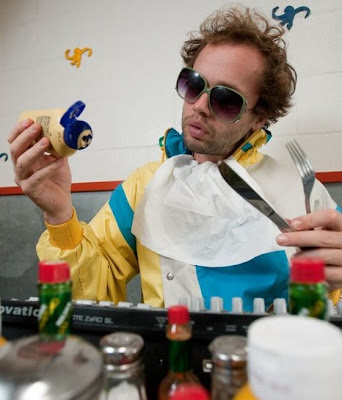 For those who take the time to read this post from start to finish, I have a special treat! ;) I decided to include the Freddy Todd remix of the TPA track, End of Flourescent, which is now definitely my favorite remixed TPA track...hands down. Listen to Freddy Todd's End of Flourescent remix...

Want more from Freddy? If so, you can check out more of his tracks here.


LAST, BUT NOT LEAST... I must give special thanks to Ian Lefkowitz (aka ELFKOWITZ) for showing me Freddy Todd's "End of Flourescent" remix on Soundcloud, Grassroots California, my homie Ryan "Ruga" Connolly (CEO of Grassroots California) and David Sugalski (aka The Polish Ambassador) for the official Homeboys in Outerspace: Episode 2 press release, tracks and some of the info included in this write-up, and for hyping this MAMA ANA post.

Great write up hon! Wish you were out here for his shows next week - I'll get real intergalactic and think of you!