LISTEN UP :: Skream / The Freeizm Album. 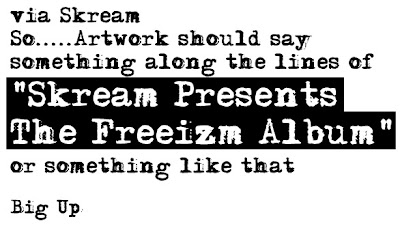 Skream, a pioneer in the Dubstep world, released two highly acclaimed albums this year: Outside The Box and Magnetic Man. In the spirit of giving, Skream has released The Freeizm Album, just in time for Christmas.


Here is the Christmas message from the man himself,

Massive shouts to everyone who’s supported me this year in any way…..This album is complied of old stuff,Lost dubs and some new stuff so i hope you enjoy! Heres to 2011! Massive shouts to Mario Cvetic for the Artwork! BIG UP!