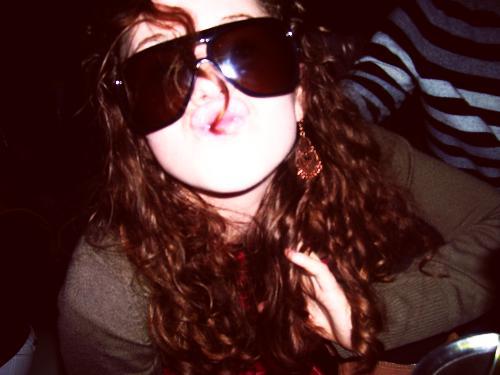 Katy B's video for "Louder" was recently selected to kick start I Like Music's "Best of 2010" video feature. According to I Like Music, Katy B came on the scene this year in what the site referred to as,

a beacon of garage-tinged Dubstep, her floaty vocals and smooth beats moving swiftly forward into a world of constant ILM playlist domination.

In a scene conspicuously short of female talent knocking on the door of the mainstream, she has the potential to be to UK funky what Ms Dynamite was to garage half a decade ago; an innovative and thrillingly individual voice. Citing R&B stars such as Mary J Blige, Faith Evans and Teedra Moses as her main influences, she brings a pure and soulful voice to any number of styles from dubstep to future-garage.

The track, produced by Zinc, featured in the video below, is a slow-burning affair that revolves around pulsating bass and thickly layered vocals that ebb and flow, forever flirting with a huge drop but never quite following through. It's guaranteed to take Katy to the next level, and watch this space for the inevitable tidal wave of massive dubstep remixes.

Katy B: Lights On